Three friends with international solo careers were asked to come together and perform as a trio for the 1977 Inauguration of President Carter, thus launching the amazing career of the Kalichstein-Laredo-Robinson Trio. Nearly four decades of performing together and separately have molded this warm collaboration of friends into a finely-honed trio, recognized as the standard-setters for performance of works for violin, cello and piano.

Whether performing the masterworks of the chamber music literature or expanding the repertoire in the commissions of works composed for their combined gifts, Kalichstein-Laredo-Robinson have brought joy to Miami audiences for many seasons. Their performances are notable for the relationship they establish between audience and stage so the audience feels almost a part of the performance itself. Program Beethoven Trio Op. 121a (“Kakadu Variations”) Brahms Trio in C major Op. 87 Tchaikovsky Trio in A minor Op. 50 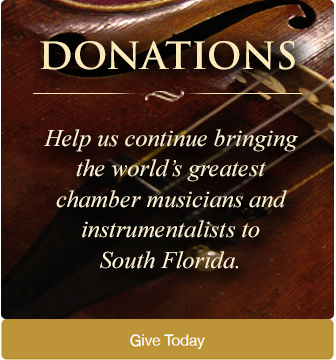 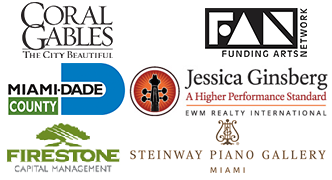